In the Mood for Love

Filmed in 2000, Hong Kong (but set in 1962). Director: Wong Kar-wai. It tells the bittersweet story of a man and a woman (played respectively by Tony Leung and Maggie Cheung) who are neighbors, and whose respective spouses have an affair with each other. While they find themselves increasingly attracted to each other, they refuse to give in to their feelings out of a sense of propriety.
We watched it during my Art Direction for Film short course.
Some screenshots: 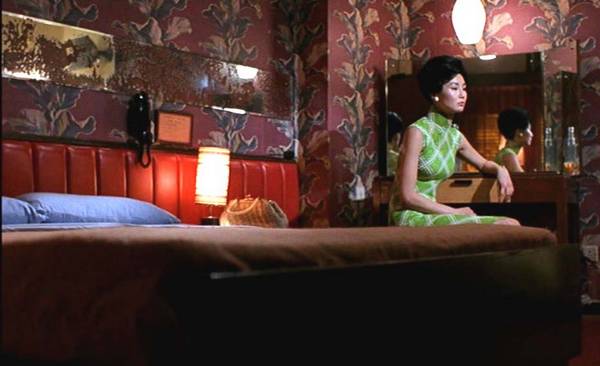