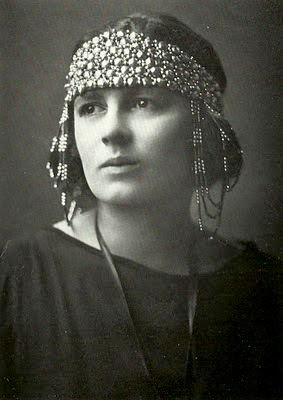 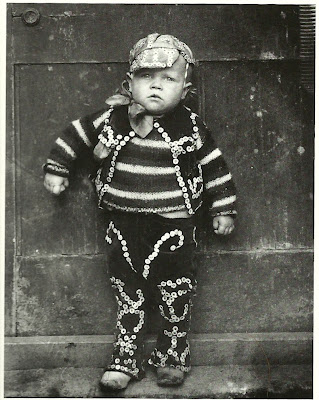 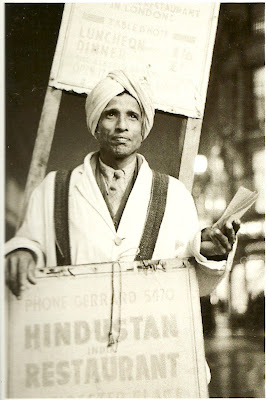 Postcards I bought at the exhibition. It was laid out in sections of Society, Studio, and Street, including many photos from the books on those subjects which Hoppe produced in the 30s and 40s. With the man advertising the Hindustan restaurant, the blurb below states "Hoppe shows the sandwich board man as a noble figure, transcending his job as a walking advertisement."
The boy in the jazzy get-up is Master William Dennis Simmons, and his outfit is the traditional wear for the 'Pearly Kings and Queens of London' : known as pearlies, are an organised charitable tradition of working class culture in London. The practice of wearing clothes decorated with pearl buttons originated in the 19th century. It is first associated with Henry Croft, an orphan street sweeper who collected money for charity. At the time, "Costermongers" (London Street traders) were in the habit of wearing pearl buttons along the seams of their trousers. Croft adapted this to create the 'pearly suit' to draw attention to himself and aid his fund-raising activities.
In the exhibition were also lots of portraits of well-known men and women of the time. Hoppe thoroughly familiarised himself with the creative work of his sitters prior to the portrait, allowing him to capture them very much at ease, in their natural likeness.
10/10 for the exhib.
Posted by Alice